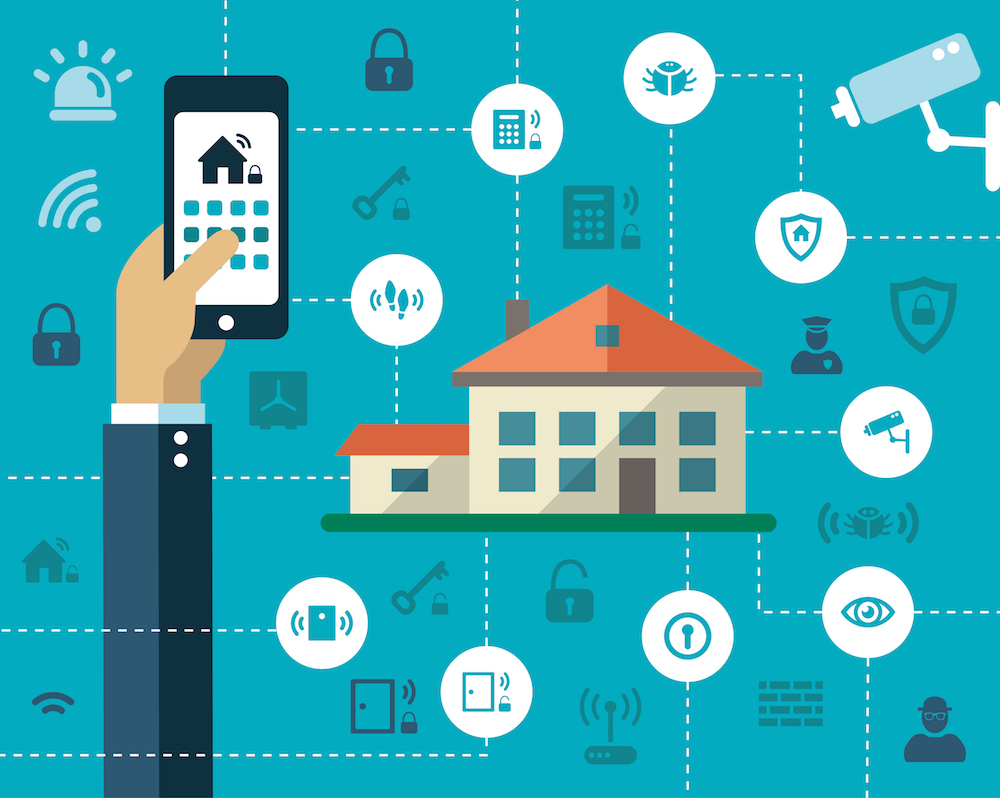 The following article is extracted from Wired.

KEVIN FOREMAN BELIEVES that homes will soon become intelligent enough to distinguish between family members and guests within physical spaces and adapt to individual needs based on biometrics like fingerprints, body temperatures and even the rhythm of our own heartbeats.

In the very near future as you walk through your home, a small device worn around the wrist will authenticate your identity by pairing itself to your specific heartbeat, allowing your home to automatically adjust the lighting, room temperature and play custom music based on personalized preferences and pre-configured profiles.

While this may sound like some futuristic mash-up of daily life straight out of Oblivion, Iron Man or even The Jetsons, it’s really not so far off and indeed, several companies are already pouring millions of dollars into developing technologies that seamlessly integrate our digital and physical worlds within our cars and homes.

Sitting alongside Foreman, director of product vision at the digital experience firm Vectorform headquartered in the nation’s automotive capital of Detroit, is an intellectual dialogue in both abstraction and technical innovation. His precise and metered speech comes off warm, yet controlled, and his eyes light up as he demonstrates his new Moto 360 smartwatch that according to him, “takes the conventions of a watch and embraces them with fashion and the perception of technology.”

The industry’s advancements in wearable technologies like the Moto watch, powered by Android, and the yet-to-be-released Apple Watch, are breaking down the screens that contain our daily lives, and will allow us to live in the real world without distraction while still being connected. He points to Google Glass as a step in the right direction.

“The more you can remove the UI, the better the user experience. We want to reinvent the smart home experience and make it almost invisible,” Foreman said. “Wearables allow us to remove the distractions of traditional mobile devices, and give us new input streams that enable improved contextual information gathering and sharing. As our mobile devices become larger and more unwieldy, wearables are becoming smaller and more invisible. Expect new wearables to look more like fashion accessories, rather than pieces of technology.”

SMART HOMES ARE IN NEED OF A KILLER APP

Indeed, one of the barriers preventing the smart home industry from taking off is that the average consumer hasn’t yet adopted these connected lifestyle experiences because the value to them is not yet clearly defined.

“To date, the smart home lacks a killer app to drive these experiences but once this is made available, consumer adoption will skyrocket,” he said in our interview. “Providing real-time feedback is the best way to get consumers interested in adopting smart home technologies.”

In order to address these problems, Foreman’s team identified the one thing that homeowners want to manage more efficiently — real-time energy consumption — and conducted research on market entry points to determine the best way to introduce their idea to the masses. What the team at Vectorform found was that consumers don’t like to place trust in third-party vendors in their homes but would rather receive new energy-saving technologies from their established utility companies.

Then his team went to work developing a prototype device and app called PowerScan that allows people to measure the energy consumption of individual household appliances by just holding the app up to a power cord. Much like those bulky, yellow multi-meters used in high school physics classes (but way more complex), the app measures electromagnetic fields generated by appliances to calculate wattage usage and power consumption metrics.

Vectorform approached DTE Energy, a local power company based in Detroit, who worked in partnership over the past two years to bring DTE Insight, a complete home energy management solution, to their customers. Within three months, the platform has received over 25,000 users and is expected to achieve between a 9-12 percent reduction in energy savings.

“The rise of the smart home comes in integrating wearable devices like Glass and the ability to chain multiple verbal or touch-based commands together and having devices communicate with beacon-based technologies that use occupancy rather than motion.” As Foreman mentioned in a playful tone, motion powered lights in a bathroom sometimes turn off before you are finished in there and we’ve all had an experience sitting in the darkness trying to wave vigorously to trigger the sensor back on, but micro-location beacons run on BLE are based on proximity rather than motion.

Now, with the right devices, proximity as well as personal preferences can be automated through wearable technologies like Nymi, a device worn on the wrist that authenticates an individual’s identity through his distinct heartbeat variability.

Foreman’s colleague Taylor Hanson is the director of accounts at Vectorform’s Seattle office and helped the company discover Nymi by participating in a developer contest aimed to find the best use cases for the product and believes it’s the missing piece for the connected home.